What do we think of when we talk about Britain? Is it the traditional British cuisine of fish and chips or a variety of English dramas. In fact, these things are passing on British culture, so let's introduce British culture! 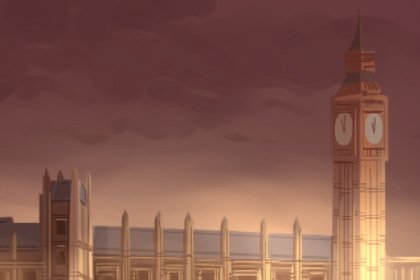 First, the cultural characteristics of the nobility hierarchy.

There has always been a clear hierarchy in British society, mainly due to the strong and lasting influence of the aristocracy, although the British first carried out the anti-feudal bourgeois revolution, but the aristocracy has never been completely denied, the aristocratic hierarchy has been in The United Kingdom has a significant influence, even after the bourgeois revolution more than a hundred years later is still known as the "aristocratic century." Noble culture can become an important part of traditional culture, because first, the British nobles have a strong sense of social responsibility, whether it is against foreign enemies or against feudal monarchy, nobles have taken the lead in participating; Second, compared with the european nobles, corruption, depravity, shamelessness, inaction and other phenomena are rare among the British nobles: third, the British nobles have a respect for courage, justice, reason, self-control, love of the countryside and other qualities.

Second, the characteristics of liberal culture.

Western liberalism was popular in ancient Greek city-state politics as early as the 16th century, and after the 16th century, the European bourgeoisie developed liberal political theology in order to oppose feudal autocracies and church authority. Because of the uniqueness of the British historical process and the advocacy of Locke et al., the British self-claiming culture has formed different traditions in concepts and practices than that of continental European countries. In contrast to France and Germany, the British "tradition of freedom" was reinforced in the anti-feudal struggle. Historian E i Gibbon called them "heroic" and "love of freedom" in The History of the Decline of the Roman Empire. The English aristocracy prevailed, the strength of a single nobleman was relatively weak, can not be independent as king or subdue king, but the large and small nobles because of it became an equal relationship, can move freely, and when the king broke the law, the nobles can unite against the king, thus forming a king to enjoy rights, but must fulfill the obligations, subjects obey the obligation, but to enjoy the right to freedom as a prerequisite pattern.

Third, because of the old-fashioned, self-styled, traditional cultural characteristics.

An important feature of the evolution of British history is the greater consistency of its cultural tradition, which inevitably leads the British to adhere to a traditional view, that is, to advocate the wisdom and achievements of the past, and to advocate the traditional system and way of life. Coupled with the fact that British history belongs to the farming society, the concept of squire has far-reaching influence, which will inevitably lead to the conservative nature of British life. For most English people, old is an asset, not a burden, and ancient times are probably the best. The British do not want drastic social changes to disrupt their quiet lives, threaten their privileged position, and always do everything possible to keep change within their acceptable limits. Today, many ancient systems and concepts still prevail in Britain, such as the royal family, the aristocracy, public school, gentlemanliness and so on。